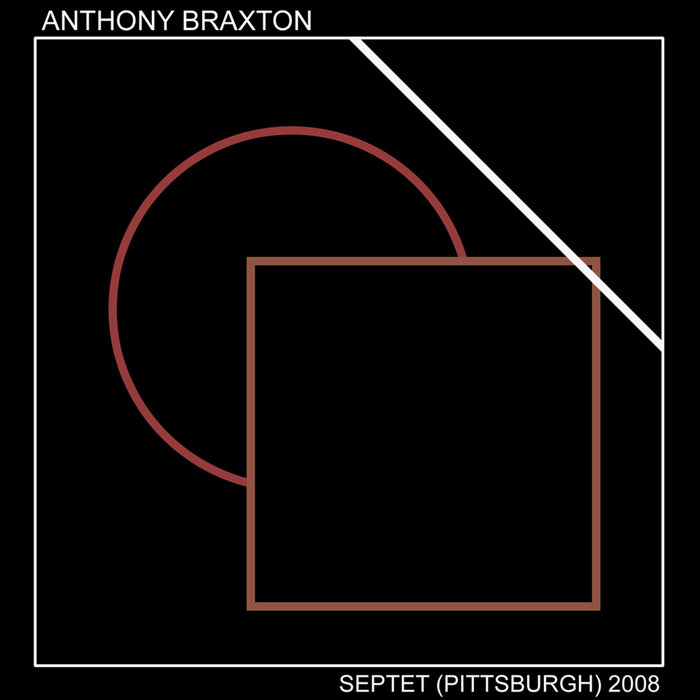 Liner Notes by Ben Opie
The origins of this concert date back to the fall of 2007, and with the high school avant garde ensemble I was directing.

Now, obviously, this recording is not about me or my students. It’s about Anthony, his septet, and his compositions. The charms and challenges of this performance will reveal themselves to you upon listening. I will note: the very chamber music-like character of the ensemble (rarely are all seven playing simultaneously), the constantly shifting instrumental colors (five of the musicians played at least two instruments each), the ceremonial statements of Composition 355 (this might be strange, but it sounds march-like to me, in energy if not content), the collage structures ranging from Anthony’s early to middle to recent works, and the general sense of purpose and passion in the ensemble.

But as I wrote above, the origins of this concert date back to the fall of 2007. I was co-directing an avant garde ensemble in the Pittsburgh High School for the Creative and Performing Arts (CAPA), an ensemble that was playing works by Stockhausen, Cardew, Reich, Glass, Morton Feldman, Earle Brown, Sun Ra, and Gino Robair. For that year I focused largely on Anthony Braxton’s compositions.

Anthony has a reputation for doing projects because it’s a new opportunity for him. I started to pose the question: would he be interested in a high school ensemble that was interpreting his works?

This question was taken up energetically by Eden McNutt, who passed it on to Michael Pestel. Eden and I played in Michael’s Syrinx Ensemble, a group dedicated to improvising live with birds; Michael was (and is) also faculty at Wesleyan University and an acquaintance of Anthony’s. When Michael suggested the possibilities of Pittsburgh performances, Anthony was excited about the idea of playing with the birds in the National Aviary. And so it was set into motion.

But of course he couldn’t make it easy for us. We had a few modest collaborations in mind.

This concert was funded in part by a RADWorks RAD Renaissance Grant, and the A.W. Mellon Educational and Charitable Trust Fund of The Pittsburgh Foundation. Thanks also to the Sprout Fund, Sara Radelet and the New Hazlett Theater, CAPA High School instrumental music department, Eden McNutt, and Michael Pestel.