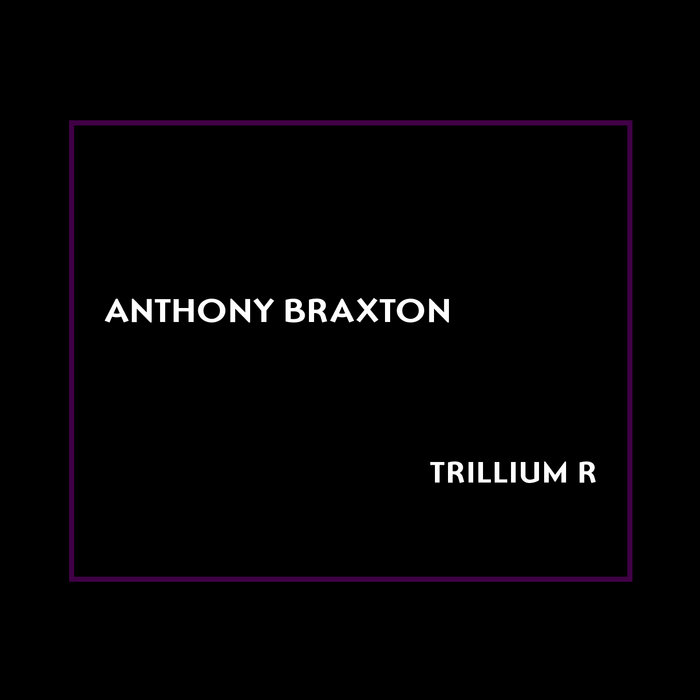 Live recording of the fully-staged Anthony Braxton opera Trillium R - Composition No. 162 -- An Opera in Four Acts/Shala Fears for the Poor (dedicated to Nelson Mandela).

Trillium is the name I have given to a preconceived series of thirty-six autonomous one-act operas that will hopefully be completed in the next ten to fifteen years. I have conceived of this effort as an “opera complex” that allows for the interconnection of all thirty-six operas in any order, to total twelve master three-act operas .

The name Trillium is an extension from my philosophical writings—Tri-Axium—and represents the third partial of my life’s work—that being music ( sound logic) systems, thought (philosophical) system, and ritual and ceremonial systems (belief). When completed, Trillium will serve as the cornerstone of my spiritual musics, to be performed at the end of a twelve-day festival for world dynamics. That is, Trillium is conceived as a forum to experience past, present, and future particulars. This is an attempt to better appreciate universal “balances” and vibrational oppositions as well as the beauty and unbeauty (beauty) of existence and sound wonder. I have come to view the world of opera as especially suited for this challenge, and also that the disipline of Òmusic dramaÓ will continue to exert an even greater influence on my life’s work in the future.

The primary generating number for my ritual and ceremonial musics is the number three. In Trillium this is expressed in 12=1+2+3. There will eventually be twelve major three act operas, twelve primary characters and finally twelve primary logics (or zones of identity and/or ways of “being”). I have approached the effort as a composite platform to express my world view and hope for humanity. Each character in Trillium represents a lineage that can be used to portray my understanding of opposition and life particulars.When completed, Trillium will be offered to humanity as a context that experience “life multiples” and affirmation. I envision a world of “circumstances” where the human experience can be celebrated in all of its splendor. Subject material in Trillium will seek to amplify the nature of “physicality and moment dynamics.” A given scene in this context might contain tragedy, humor, and/or “purpose.” This is so because the discipline of theater can clarify the living experience so that we can better understand ourselves and our potential. For this reason I will attempt to establish the broadest set of circumstances and focuses in Trillium—from ordinary to transcendent experiences. Events in this sound/image world will float in and out of the space- in a succession of skits (or enactments) and the composite nature of the experience is offered as a positive platform for creative participation and reception. Trillium is conceived as a vehicle for family and cultural fundamentals/involvement as a consistent component in African/trans-African vibrational dynamics, as well as corresponding to the greater implications of trans-European and Asian vibrational dynamics. Trillium is conceived as a world culture statement that respects composite humanity and the “realness” of apparent existence.

The three primary levels of Trillium are1) the apparent story 2) the philosophical associations and 3) the mystical of spiritual fundamental that underlies each setting. By the term apparent story I am refering to the surface setting of each opera or scene type. The singers in this context are given a general story line that is to be realised in the traditional sense of opera or music theater. Each scene attempts to tell a given story about a particular event and the course of a given drama seeks to provide particulars to fulfill what a that event could mean on a musical level. The singers are expected to enact their material and portray the “Story” of the scene—and this aspect of Trillium should satisfy the general requirements of music drama presentations (from the point of view of the audience). In other words the audience is not expected to need the (broader) implications of Trillium ( i.e. related philosophical or mystical dynamics). The “apparent story” of a given opera is conceived as a statement with its own separate weight, and rejoices in the dynamic power of music drama and discovery. The point of focus (and definition) is to experience events in the opera. This is true even though the story line is only one aspect of the music-logic system.

The second primary level of Trillium involves the inner logic system that unifies the conceptual and philosophic reality of my music . This in so because Trillium is conceived as an affirmation of my philosophical system (Tri-Axium). Storytelling in this context seeks to demonstrate the oppositions in a given scene so that we are continually made aware of how that construction mirrors (or reflects) the system schematics of Tri-Axium postulates (or idea associations). Every opera has at least four different levels (every scene is based on a central concept: three primary schematics/associations, and one that establishes a world of images and value systems that seeks to contextualize experiences. Events in this sound-world attempt to act out a given central concept from many different points of view. There is no single story line in Trillium because there is no point of focus being generated. Instead the audience is given a multilevel event state that fulfills vertical and horizontal strategies (objectives) starting from “nowhere” and ending “no-where”. The wonder of this approach brings a fresh vitality to the music and will allow for a broad range of interpretations. I believe that the medium of opera is directly relevant to cultural alignment and evolution. The nature of this medium can serve to clarify and amplify positive alignment.