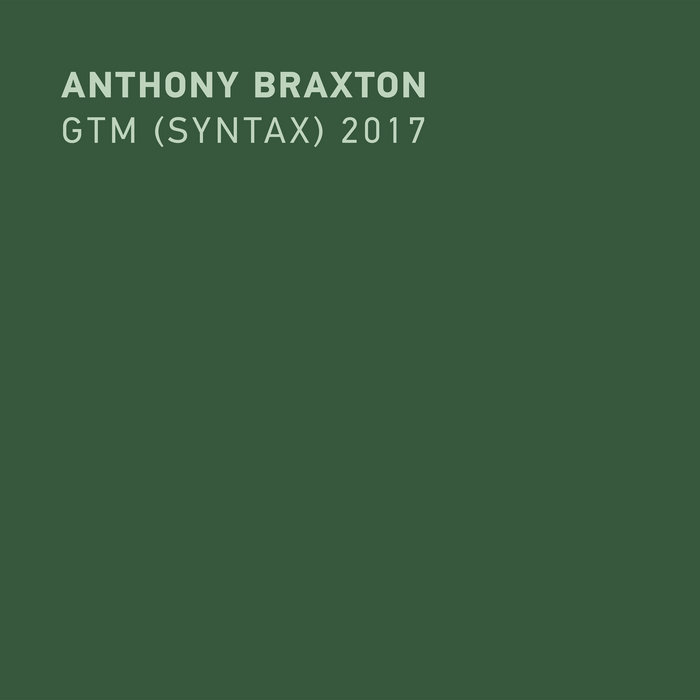 The recording is available digitally and in a limited edition 300-copy pressing, a deluxe 12-CD box set with a 32-page booklet with extensive liner notes by Braxton and production notes by co-producer and ensemble member Kyoko Kitamura. This is the most complete documentation to date of Braxton's Syntactical Ghost Trance Music System, recorded for the first time in its entirety in a sonically pristine studio setting. Each disc features a complete composition. While SGTM is one of the rare systems in which Braxton neither conducts or performs, the recording was made under the composer’s careful guidance.

Calling it “the Rosetta Stone of my music systems”, Braxton describes Syntactical Ghost Trance Music as a “creative sonic experience” and “a structural networks of infinite paths and/or directions”. The composer has long been fascinated by the potential of the human voice, as evidenced by his massive ongoing Trillium opera cycle. However, SGTM eschews the narrative logics of the operas, instead offering intricate and rhythmically complex written lines with syllables, numbers and words, sometimes sounding like a string of activation codes, sometimes like an alternate language. The performers have an infinite number of real-time choices to make within each composition. From the pulse-driven first species to the graphically-enhanced accelerator class, SGTM and the Tri-Centric Vocal Ensemble demonstrate new possibilities for vocal choir music where composition meets improvisation, ensemble members become conductors, and the line between sounds and singing blur to form a sonic tapestry of voices unlike any other.

All of the members of the ensemble have worked extensively with the composer in the past - from duo recordings and small ensembles to the recent recordings of Braxton’s operas Trillium E (Wallingford’s Polarity Gambit) and Trillium J (The Non-Unconfessionables) - so the performers are deeply fluent in Braxton’s unique performance practice and sound world. They also carry an extraordinary body of individual credits and associations, ranging from jazz and improvised music to opera and contemporary classical to popular music and singer-songwriting. The recording is dedicated to ensemble member Michael Douglas Jones, who sadly passed away in the time between this recording and the release.

This production was funded in part by the Aaron Copland Fund for Music, The National Endowment for the Arts, and the Doris Duke Charitable Foundation.

MF DOOM is given his flowers, plus appearances from MC Jada Imani and Stanley Ipkuss