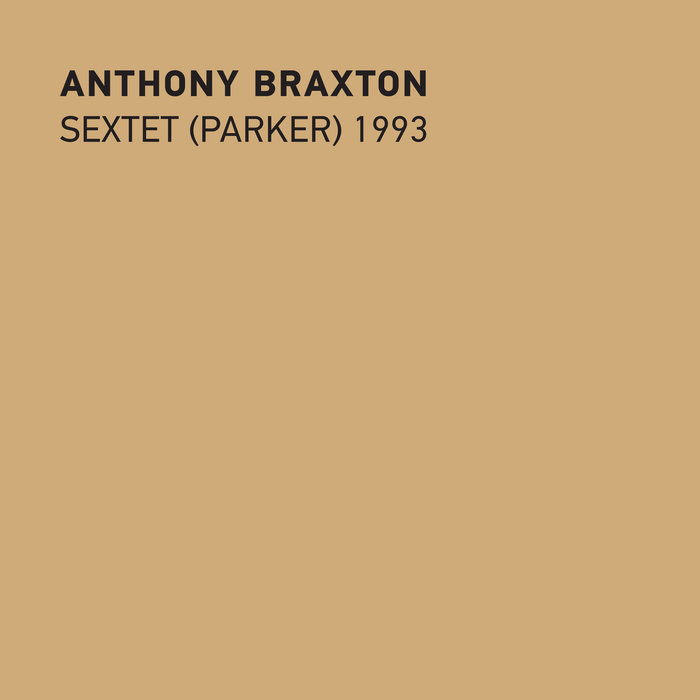 Mr. Edison Hard to improve on the old Hat Art double CD but this does. Boisterous tribute to Parker's music piling on all the additions Parker started and others advanced. These interpretations go every which way and while tunes are repeated each performance is it's own thing. Can't recommend this highly enough. This is living, breathing, kicking music.

"I think he exemplifies the spirit Charlie Parker had - the fact that he dares to do something different, to try another direction." (Max Roach discussing Anthony Braxton)

On March 2nd, 2018, the Tri-Centric Foundation and New Braxton House Records will release Anthony Braxton's "Sextet (Parker) 1993" - an epic 11-CD deluxe box set meticulously documenting Braxton's now legendary European tour performing music composed by and associated with Charlie Parker. As Stuart Broomer writes in his extensive liner essay, "we've come across a signal here in which two of the greatest minds of African-American music have somehow crossed their signals, crossed and combined, fused, modulated, and combined with others."

Widely revered as one of the most original composers and conceptualists of the past fifty years, Anthony Braxton has also pursued his own idiosyncratic path through the jazz repertoire throughout his career - from his 1974 recording "What's New in the Tradition" to his seven-album tribute to Lennie Tristano, "Quintet (Tristano) 2014". This Charlie Parker project stands as the centerpiece of that journey, a body of music that simultaneously acknowledges, expands, and explodes the bebop tradition, re-radicalizing Parker's musical revolution.

As Braxton approaches his 75th birthday (arriving in 2020), and increasingly his own compositions became favored repertoire of emerging musicians from both the jazz and new music communities the world over, it is fascinating to see his in-depth examination of another artist's oeuvre. This recording offers insight on both Braxton and Parker - demonstrating the clear roots of a still-searching experimentalist, and reminding the listener of the joyful liberation inherent in Parker's genius.

Braxton is joined by an extraordinary band well-versed in both the jazz tradition and creative music practice: pioneering Dutch pianist Misha Mengelberg, the undersung trumpet master Paul Smoker, Chicago tenor sax stalwart Ari Brown, the rock-solid bassist Joe Fonda, and the volcanic drummer Pheeroan akLaff. (Another Dutch jazz innovator, drummer Han Bennink, substitutes for akLaff on one disc). Representing multiple communities, styles, and generations, the interplay between the performers is sublime. Each musician is pushed to the height of their skills and rises to the challenge in this one-time only meeting - never again would this group assemble. (With the recent passing of Smoker and Mengelberg, the set also serves as a worthy tribute to their brilliance.)

Near the 25th anniversary of the original recordings, this reissue massively expands upon the original two-disc set released in 1995 by Hathut Records under the title "Anthony Braxton's Charlie Parker Project 1993." The deluxe 11-CD box set, with a 26-page booklet including Broomer's insightful essay and rare historical photographs, will be solely available in a limited-edition run of 500 copies. (The music will also be available for streaming or digital download via Bandcamp.) As Broomer writes, "The music satisfies a special need, engendered by jazz as history and idea, for simultaneous movements in time, both forwards and back, these ecstatic arcs in time that link these musicians and this art in a thousand ways, the ways in which this music never sounds contrived, the way it shares with us its own expansive space."